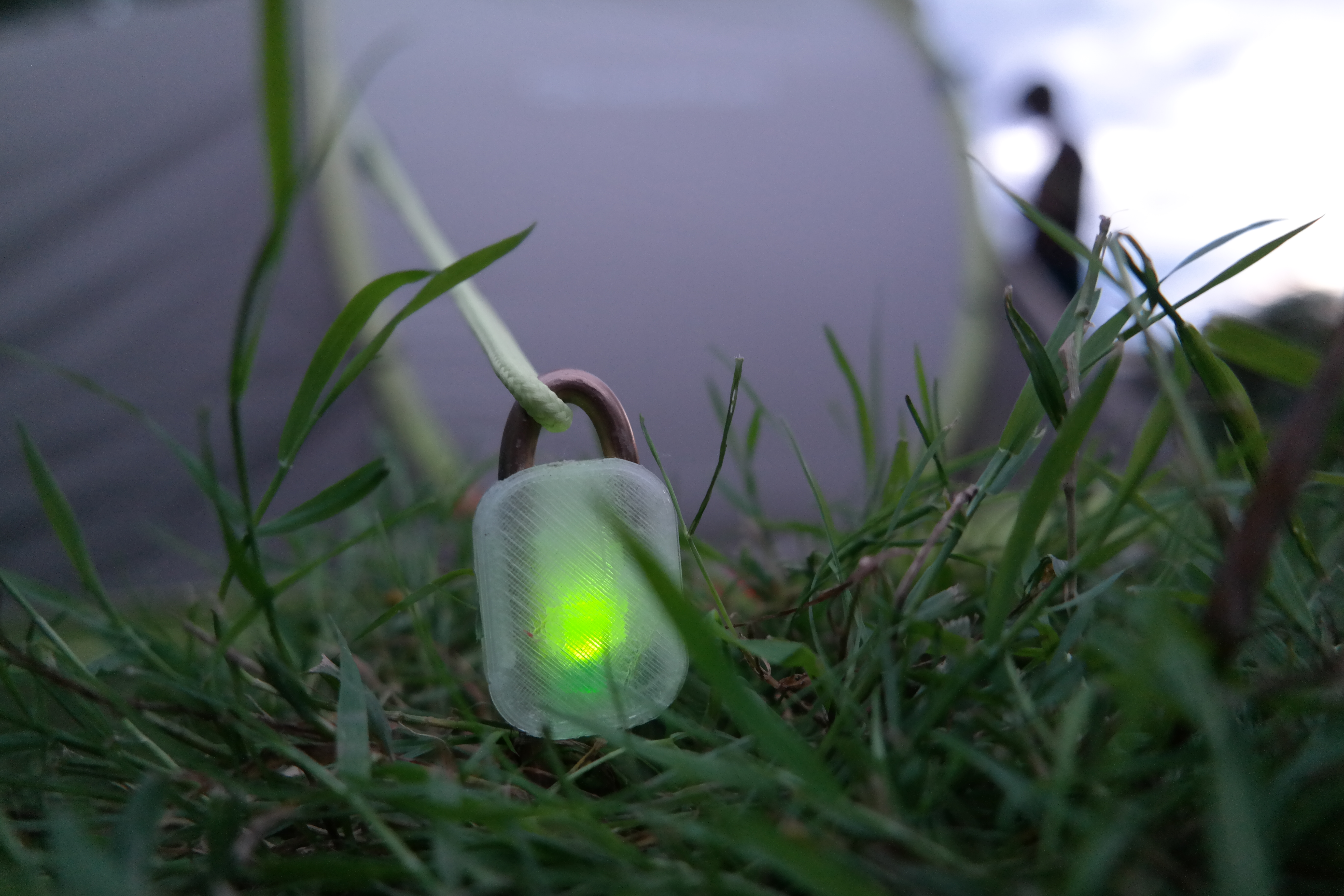 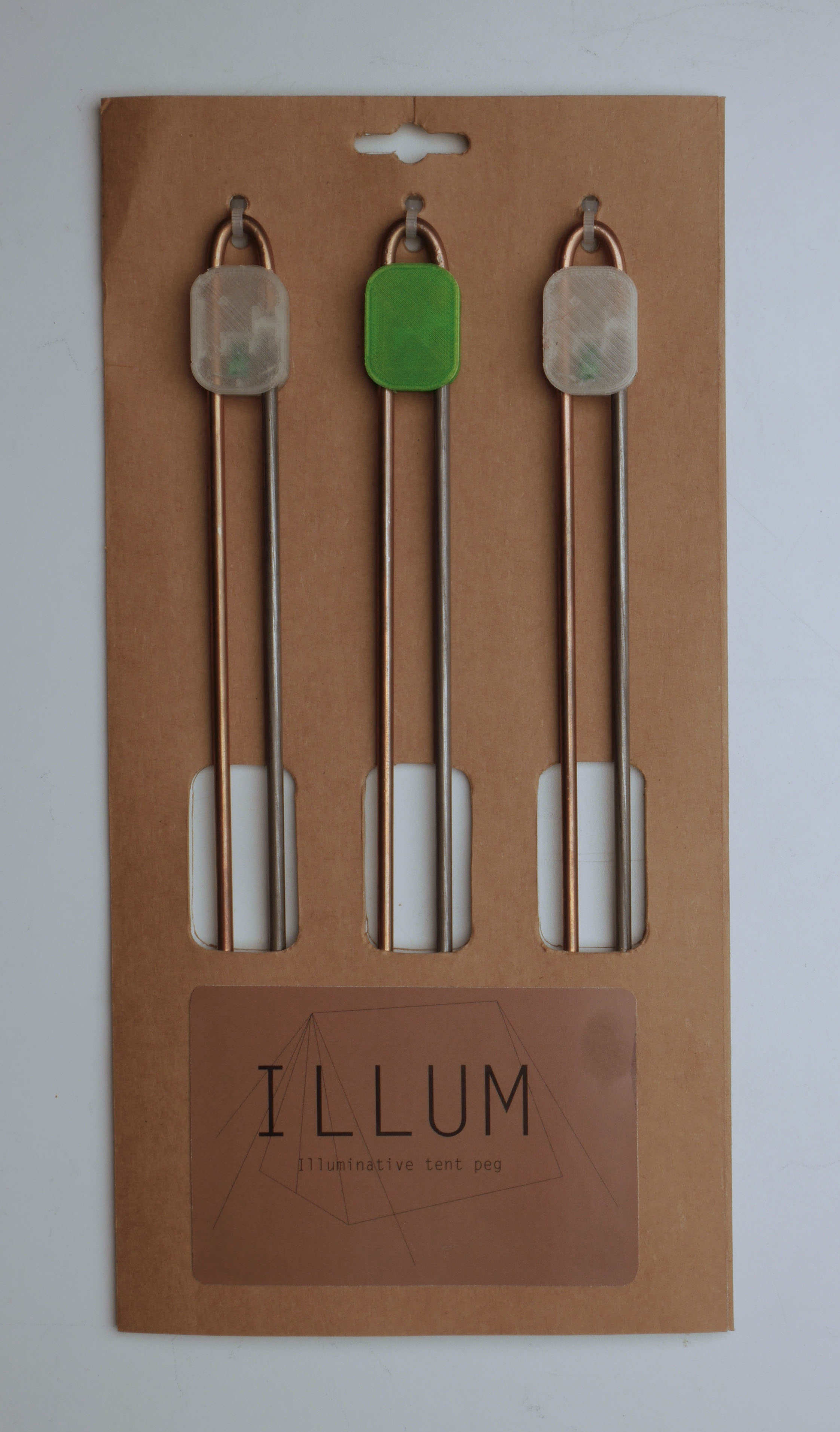 Illum is an illuminative tent peg. Inside the top part of the peg is a led light. In contrary of a normal led light on battery, the energy of the ILLUM is produced by plants. A biochemical process is used, based on the same principal as a normal battery. Phosphoric acid originates from the ground, transfers electrons from one metal plate to the other. In this way you create enough energy to light your tent peg.
The little light is meant to prevent you from tripping over your tent pegs. Next to this the visibility of the peg is useful while departing the camp site. People tend to forget their tent pegs as they move on. As a result of this years later the ground is still polluted by those pegs.
Below the visualisation underneath I will explain the workings of plant energy more clearly. 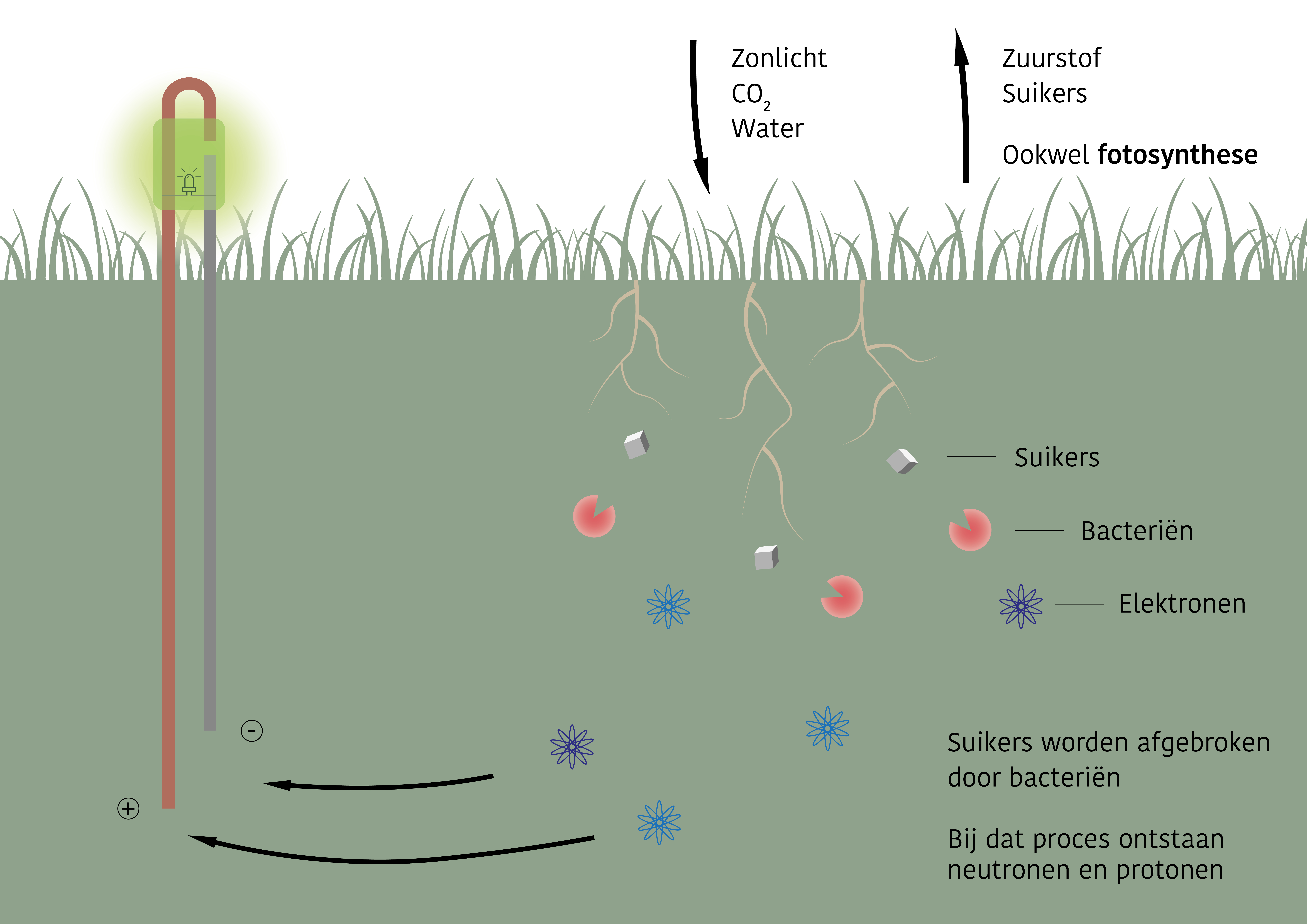 Plants produce oxygen and sugar out of sunlight, CO2 and water. This process is called photosyntheses as many people may know. The sugar is transported through the whole plant, via the roots it reaches the earth. In the earth bacteria digest these sugars. During this process, electrons are released. Neutrons and protons are part of electrons. The neutrons and protons find their way to the plus and minus pole of the tent peg. The electrons produce just enough electricity to light a small led light. 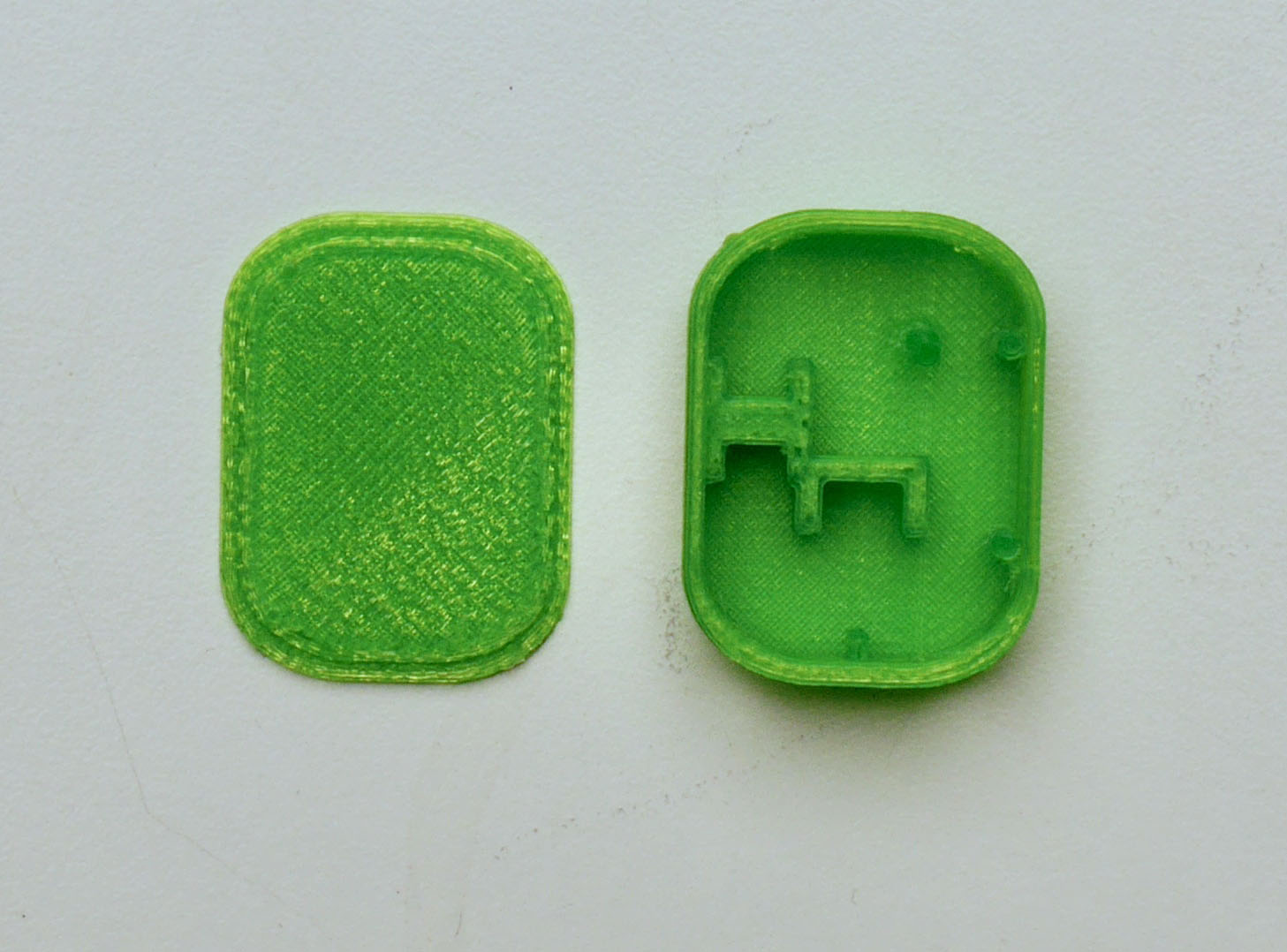 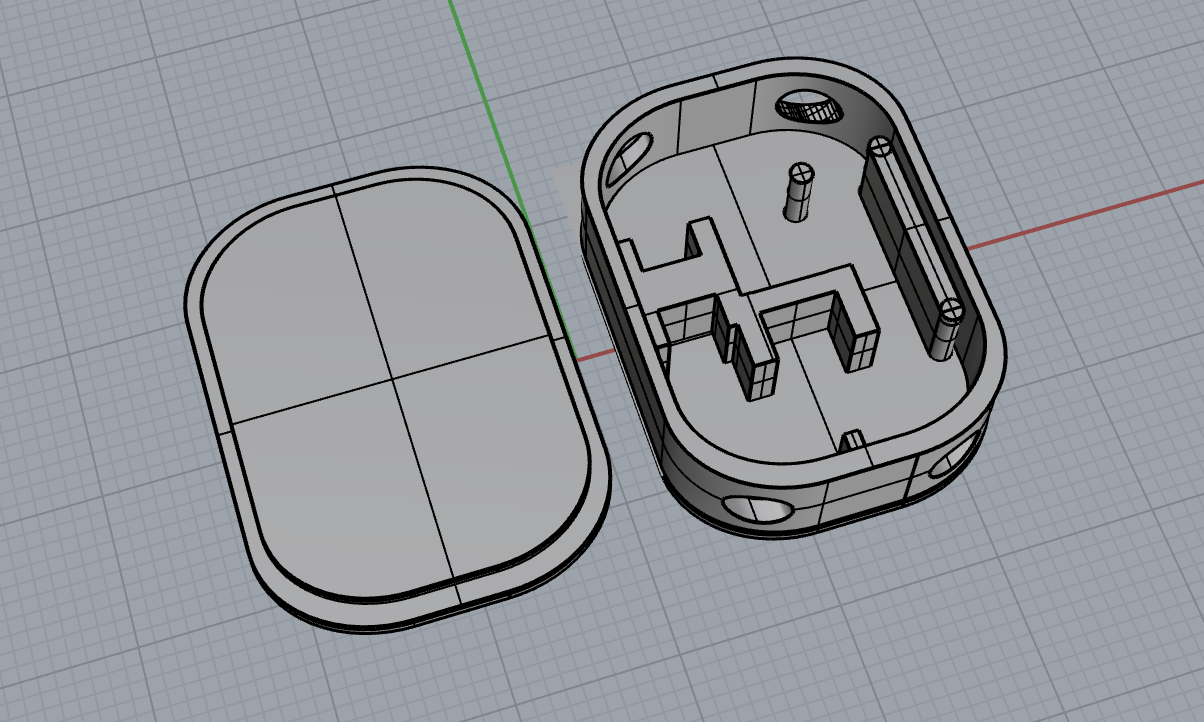